When look at the subject of marriage in the word of God we first see that marriage is a covenant ( Malachi 2:14 ). Secondly we see that God hates divorce ( 16 ).

Many today will say that if the spouse commits adultery than that is a legal ground for divorce, this is based on what Jesus said in Mathew 19:9.

This would seem like a contradiction since Jesus is God and God said that He hates divorce. So what is Jesus saying in this scripture.

If we look at Mark’s account of this scripture in Mark 10 starting at verse 1 Jesus is asked the question from the Pharisees whether it is write for a man to divorce his wife. The Lord goes on to say that when a man and women come together they become one flesh. Therefore what God has joined together let no man separate. Now notice verses 11-12 were Jesus says the same as what is written in Mathews account except that the words ‘except for sexual immorality’ is not there. Now as we go to Luke’s gospel 16:18 we see that the one who marries a divorced person ( the third party ) is also committing adultery.

Three of the 4 gospels give the instructions on marriage and divorce. All three say that to re-marry is adultery. In Mathew’s account the words except for fornication are given because the gospel of Mathew is written to Jews. Both Mark and Luke are written to Gentiles and the gospel of John is written to Christians. Because the Jews had the law of Moses the law said that if a women was not a virgin then she was conceded a harlot and not fit for marriage. ( see Deuteronomy 22:13-21 and Leviticus 19:29 ). If a man accused his wife of not being a virgin at there marriage, then the parents of the women must proof that she was, by showing a cloth with blood from the breaking of the hymen. If she could not be found innocent than she would be stoned to death.

Now lets look at what the Apostle Paul said about this. In 1 Corinthians 7 he says starting at verse 10 ‘I command yet not I but the Lord’, The Lord is commanding this. A wife is not to depart from her husband, if she does depart let her remain unmarried or be reconciled to her husband. And a husband is not to divorce his wife ( v 1-2 ).

So what about if your married to an unbeliever, read verse 12-16 it says very clearly not to divorce, but if they do than stay single. As we continue to read through chapter 7 we come down to verse 39 we read ‘A wife is bound by law as long as her husband lives; but if her husband dies, she is at liberty to be married to whom she wishes, only in the Lord ‘( he must be born again ).

We see here from these scriptures that re-marriage is adultery, why is that, because MARRIAGE IS A COVENANT AND DIVORCE DOES NOT, AND CAN NOT ANNUL COVENANT. ONLY DEATH ANNULS COVENANT. Galatians 3:15 says ‘Brethren, I speak in the manner of men: Though it is only a man’s covenant, yet if it is confirmed, no one annuls or adds to it.

God Bless you in your marriage. 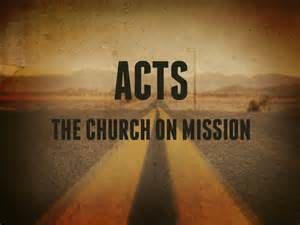 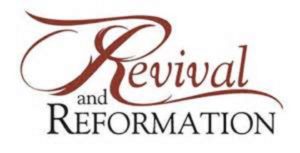